When Megan Lisk lost her father in January 2016, she turned to art as a way to deal with the loss.

A few months following his passing, the 10-year-old Redmond resident created greeting cards to sell at the annual Saint Nicholas Christmas fair at her school, St. Louise School in Bellevue. Her friends helped her make posters to advertise the wares at her table and she came away with $500. 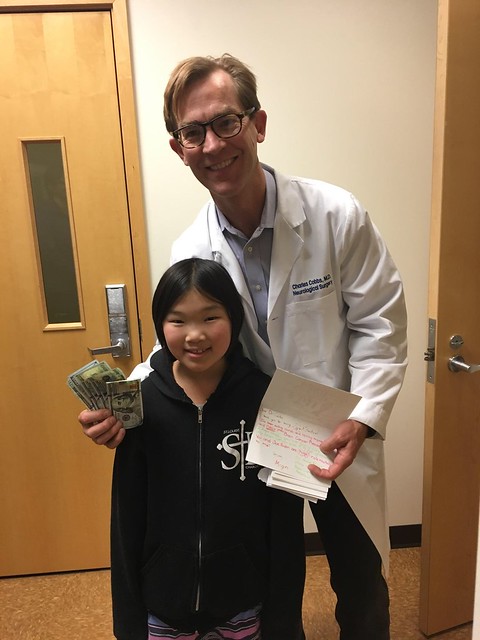 “It felt really good that I was helping,” Megan said about the donation.

Megan’s mother, Jenny Lisk, added that Cobbs was pleasantly surprised with how much she had raised.

Since then, Megan and Jenny have decided to continue their efforts to raise money for brain cancer research by starting a website where they are selling greeting cards year-round and for various occasions — from birthday and thank you cards, to general designs that could be used for anything the giver chooses — instead of just for Christmas.

To learn more about Megan’s work or purchase her cards, visit meganscardsforcancer.com.

“She wanted to use her art skills,” Jenny said.

Jenny told Megan that she didn’t have to wait until she grew up to work toward that goal, adding that Megan had also been wanting to do something for her school’s Saint Nicholas fair for a while.

In addition to the greeting cards, the Lisk family and their friends are participating in Swedish’s Seattle Brain Cancer Walk on May 7 at Seattle Center. Proceeds from the fundraiser go toward ongoing research and clinical trials at The Ben & Catherine Ivy Center for Advanced Brain Tumor Treatment in Seattle.

Proceeds from the cards sold on Megan’s website will also go toward the treatment center. 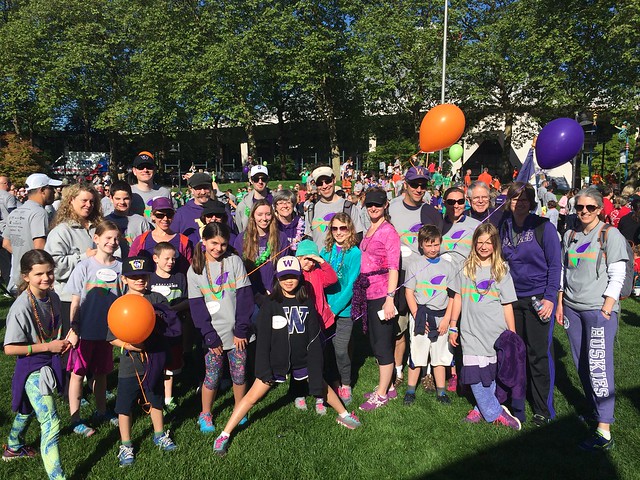 This will be the second time the D’s Dawgs team, which is named for Dennis and his former University of Washington Husky status, will participate in the Brain Cancer Walk.

So far the team has raised about $1,500 for the upcoming walk. This does not count the sales from Megan’s greeting cards, which has brought in about $500 since the website went live last week, Jenny said.

To donate to the team, visit tinyurl.com/kmghcbd.

Megan has even taken things a step further and written to former Vice President Joe Biden about her greeting cards and fundraising efforts and to invite him to next month’s one-mile walk.

Jenny said they initially sent a message to the White House but that was at the beginning of the year as Donald Trump took office. Things may have gotten lost during the transition, so she said they sent a second message to the Biden Foundation to extend the invitation to the former vice president, who also lost a loved one to GBM — his son Beau.

“Chances are, he’s probably busy, but maybe (Megan) will get back a letter,” Jenny said.

Megan said seeing how Biden is doing and staying strong after his loss has been inspiring to her.

Before he died, Dennis worked for the City of Redmond.

Mayor John Marchione said Dennis’ diagnosis was devastating to city employees, especially his colleagues in the Planning Department. Marchione described Dennis as “instrumental in the development of the Overlake plan and preparing the city for the arrival of light rail in 2023.”

“Dennis leaves a lasting legacy in Redmond,” he said. “Dennis was so proud to work for the city and make a positive impact in our community.”

Both Marchione and Jenny spoke about the support Dennis and his family received from city staff while he was sick: sending cards to his home, donating leave time and hosting multiple visits for lunch in the city lunch room.

“The most touching moment was a group of planning employees arriving at his house to sing Christmas carols with him, which was of course just a couple of weeks before he died,” Marchione said.

The mayor said Megan’s spirit of service comes from both Dennis and Jenny.

“It doesn’t surprise me that she wants to use her talents to turn her loss into something that helps others,” Marchione said. “Megan will continue to make a difference in whatever she sets her mind toward.”

And what Megan has set her mind toward is doing her part in the search for a cure for brain cancer.

“So nobody else’s loved ones or family members die of it,” she said. 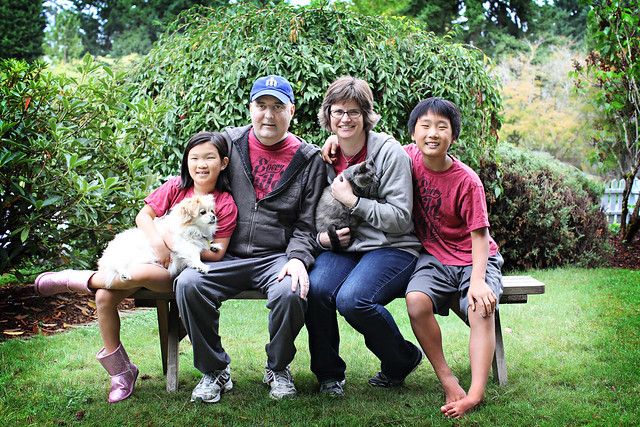 Despite COVID-19, King County libraries still put on a show

Similar to other walk events in the region, Alzheimer’s Association encourages registered users to walk in a location of their choice

Getting crayons to kids runs in the family

Walk’n Wag at your pace with extended virtual event

A scenic course for dog walkers is on display at Lake Sammamish through Sept. 2o

This year, the annual event will encourage cyclists to shop local.